N.B. I first saw this work when I met Charles Fox at Nottingham Trent University in 2017, where we were both employed. I have since worked with him in a professional capacity on several projects, including with the publisher of this book. Though my appreciation of Buried can’t be separated from seeing it develop in person, this review is based on and is in regards to the final book. I include this disclaimer not to pre-emptively defend my high appraisal of Buried, but to avoid affecting that Fox is to me an anonymous artist with whom I have no relationship.

Many archival projects that go beyond just showing the pictures as they are attempt to breathe life into old prints with creative sequencing or quirky design — the bizarre, tantalising and circumstantial are made fascinating by being dislocated from their historical circumstances and reduced to a chain of connections, where “this is like this” and “this is the opposite of that”. Maybe there’s a theme, where the old photographs are grouped based on “having fun” or “taking photographs”. There, the physical condition of being an old, worn photograph really tells us nothing more than that it is old, and therefore that it shares a superficial commonality with the other photographs by representing “history”.

Charles Fox’s Buried stands out for not doing this. Instead of focusing on the spectacular and visually interesting, he looks at historical relationships between images, their circumstances, and the people who were immediately connected to them.

In 1975, the Khmer Rouge took power over Cambodia. The Rouge was a nationalist, autocratic regime who sought to accelerate Cambodia into a collectively-owned agricultural society. Over 4 years, millions died. During this period, many buried photographs of their life before the regime; any evidence of wealth or status would implicate them as being decadent and unrevolutionary. Buried is a book about the Ramas, one of many families who did so.

Fox works as a mediator between these images and the Rama family (particularly Vira Rama, with whom he became friends in 2015). Beginning with the oldest photos, the book moves forwards through time, following the Rama’s escape to a refugee camp in the Philippines and their eventual immigration to Los Angeles, USA, where they live now. Below each photograph, members of the Rama family have written short commentary.

Held in the hands of loved ones, stored away in bags or books on the journey to a new life, the prints’ condition improves as Buried’s story moves closer to the present. All but their faces worn from handling, the early portraits are only annotated with the whos and the whys. Later captions begin to detail the where and what, the family timeline taking form from past to present.

Fox writes of the closeness between these images and their handwritten captions that “we must not forget how intimate each experience of trauma is”. Putting a photograph of historical violence on display almost inevitably makes an easily-consumable spectacle. Suffering easily becomes abstract. We can close our eyes to it if we want — something impossible for those subjected to it. We can also stare, forcing three dimensions back to two, flattening it back into just another photograph.

Conversely, the testimony of a survivor is imagined in the mind of the viewer as they hear the story. We can mentally restrict what we imagine according to our tolerance. If the person delivering the testimony lapses into silence, we might convince ourselves that we understand the ineffability of trauma, substituting intolerability with something more poetic. The spectacular image and the descriptive testimony can both be fixed into nothing but documents, apt for romantic pity and clinical study. It is easy to place the before, during and after of those who survived such conflicts solely in relation to that trauma, fixing their personhood in place and denying them real individuality. In this way many such narratives place the person who recounts an event themselves at the bottom of a hierarchy of these relationships, below images of the events, discourse of them — they are often reduced to a tool to “evoke” the event.  Statistic or symbol — both move away from the individual themselves.

It’s rare that the actuality of conflict and its real consequences are allowed to breach the physical and emotional distance between events and the people who experience them. In this, it’s rare that commentary on conflict can ignite in those who read about it a meaningful empathy or a sense of the urgency of remembering.

Dad was taken away/killed in the summer of 1977
His crime was for being an educated man.
Vira

It is then with a portrait of Vira Rama’s father that Buried begins. Rama’s testimony is direct, totally descriptive: there is nothing to say but the plain facts of it.

Foregrounding the words and images of survivors on their own terms, Buried is able to function by demonstration, rather than by pre-emptive contextualisation or metaphor; even if a reader doesn’t know about the Khmer Rouge, that relay between photograph and caption allows a reader to understand the nature of the relationships between the Ramas and their circumstances at the time. Members of the Rama family talk about their lives as they move forwards through these little photographic vignettes: birthday parties, going to church, friendships, Mardi Gras and dancing.

As a result of all of this, Buried does not fit squarely into categories like “photojournalism”, “anthropology”, “archive”, “art photography” or “documentary”, which influence how we think about so much work before we actually see it. Further, whether this is “good photography” is less relevant than how these relationships between images and people are given space to play out. Were Fox to have named the Ramas as co-authors, this would arguably offer a small but valuable addition to conversations regarding collaboration and authorship that surround this kind of work.

Buried‘s design is simple but effective, however there is one element which feels disjunctive. At its halfway point is a break of two plain red pages. Between these pages is commentary by academics Jennifer Good and Fiona MacLaren on the significance of the photograph in relation to memory and trauma. Including a short essay or two to reinforce – or justify – what a photobook does is standard practice, and their commentary is conceptually apposite, but I wonder about both its usage and placement here. Inserting reference to intellectuals Roland Barthes and Sigmund Freud between these red pages – which are arguably the most symbolically-loaded ones of the book – is a jarring interruption to the Rama family’s story, particularly in the “red empty” that signifies the Khmer Rouge’s campaign.

In the opening essay, Human rights activist Ou Virak’s moving writing includes an anecdote about the way a photo of the Rama siblings dancing in a public park in New Orleans reminded him of the feelings of shame he felt, and his struggles with his identity as a child in similar circumstances:

“Their desire to explain, with pride, to the people of their new community, who they are and where they are coming from is what this whole story should be about.”

Virak’s commentary shows why this book matters by example, rather than tying the lives of its subjects into another civilization’s intellectual canon by way of philosophical reference.

Overall however, Buried is an example of how one might engage with international history and conflict without affirming the exploitative practices and narratives that drive such conflicts – practices that such ‘documentary’ work typically reinforces even while seeking to negate them. Simultaneously, it avoids the poetic pitfalls that these same practices often resort to, instead getting down to what photography is arguably “about” at its core: what and who were before the lens. 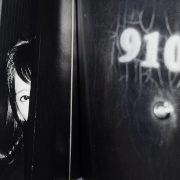 Deanna Templeton – What She Said 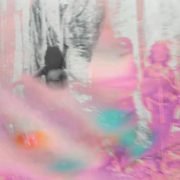 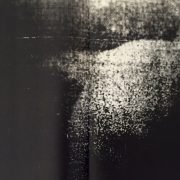 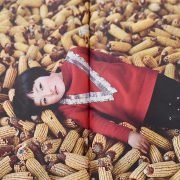 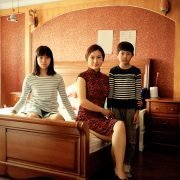 In The Land of Promises: An Interview with Youqine Lefèvre
Scroll to top